In Spring 1 our learning curriculum in Year 3 and 4 has focused on the big question:

What was life in Britain like after the Romans had left?

This has been divided into these weekly sessions:

· What would happen to us if no one was in charge?

· What did Britain look like during the Anglo-Saxon period?

· What has been found that helps us understand the Anglo-Saxons?

· What did the Anglo-Saxons make using their metalwork skills?

This term we have been busy learning about Anglo-Saxon life in Britain. When the teachers declared they were no longer in control of the lessons (as Britain was left without rule), the children quickly realised the importance of needing a leader and rules to follow.  We used maps and atlases to help us understand where the Anglo-Saxons came from and the reasons behind their invasion.  We had fun learning about Anglo-Saxon place names and  finding them on a map of England. We enjoyed finding out about the life of a child in Anglo-Saxon times and used these facts to write a diary entry.

We all went on a school visit to see the Staffordshire Hoard at Birmingham Museum, where we had the opportunity to take part in an Anglo-Saxon workshop and find out even more about Anglo-Saxon life. It was a great day and we learned many new Anglo-Saxon words and the roles of different people in those times. We enjoyed learning an Anglo- Saxon battle cry…‘Ut, ut, ut!’ In art, we designed and created Anglo-Saxon jewellery which was inspired by the Staffordshire Hoard. We sculptured it out of clay and then carefully decorated it.

In English, we have been reading the story ‘The Monster Slayer’ by Brian Patten, which is based on the Anglo-Saxon tale of Beowulf. 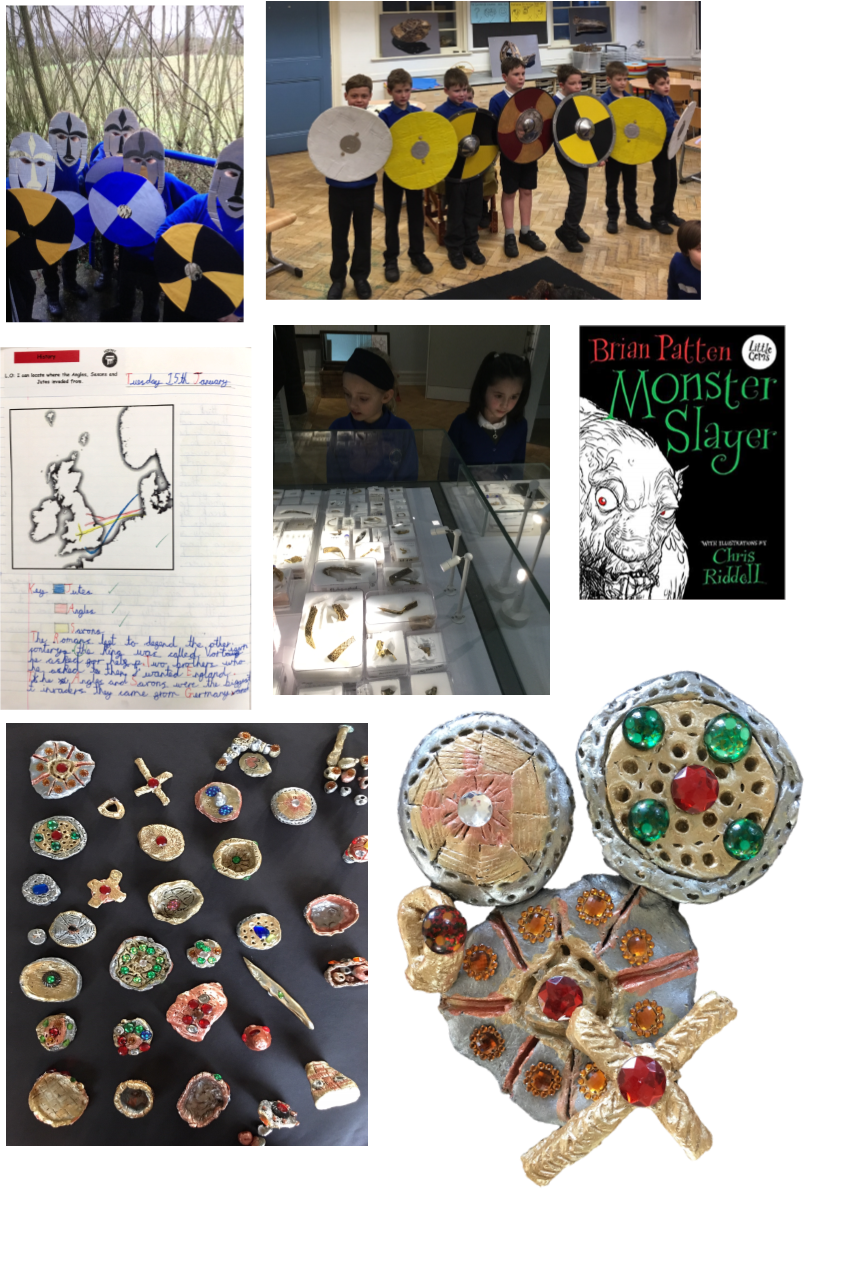