In Spring 1 our learning curriculum in Year 5 and 6 has focused on the big question:

Who were the Tudors?

This has been split up into these weekly questions:

· Why was King Henry VIII the most well-known Tudor monarch?

· Who ruled during the Tudor times?

· What was it like to live in the Tudor times?

Our pupils have written a biography about Henry VIII,  created a Tudor timeline, written an advert for a new wife for Henry VIII, compared the lives of rich and poor, designed a menu for a Tudor banquet and painted portraits of Tudor monarchs using watercolours.

In English we have looked at the book ‘The Day

The Crayons Quit.’ and used as a stimulus for writing. The children’s chairs mysteriously  ‘disappeared’ and they had to write a persuasive letter for them to return.  Following persuasive speeches, we held an election to decide which new colours would become an addition to the box.

In maths, Year 5 and 6 have been investigating fractions, decimals and percentages; multiplication and division; measures and algebra. 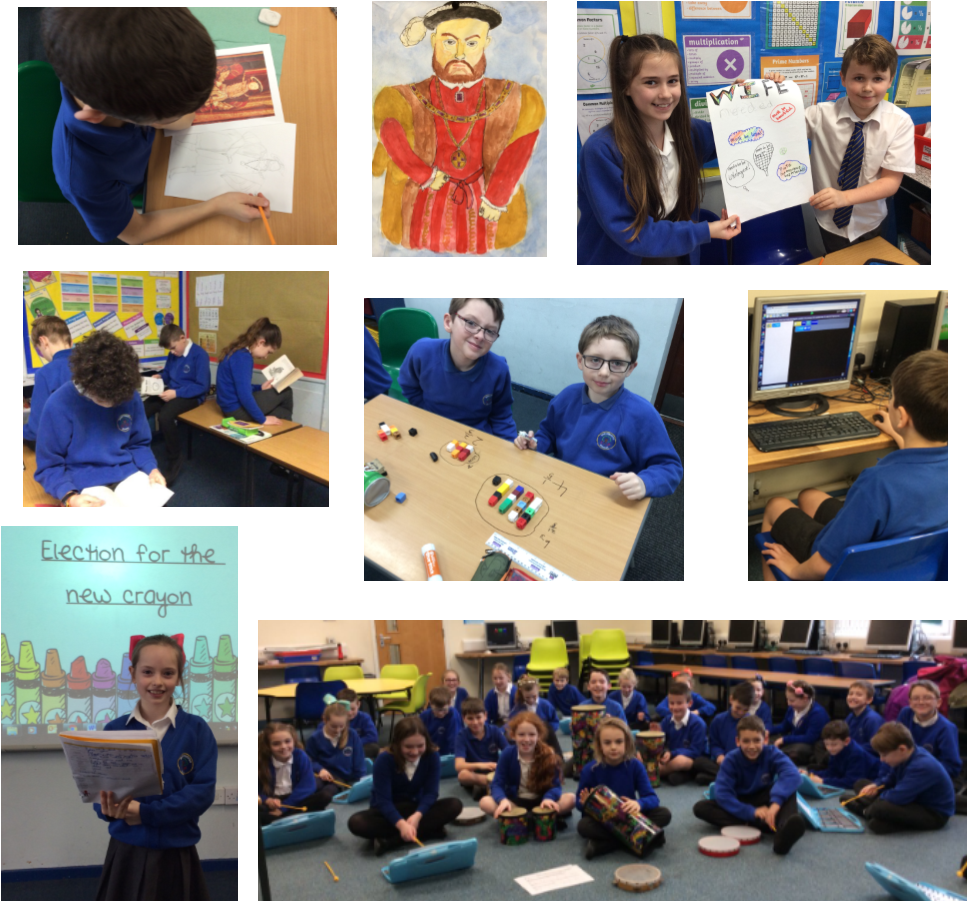